There are already a ton of great blog posts about this, but since I've had at least a dozen people still ask me directly, I thought I'd throw in my two cents.

I'm going to explain this with fruit. Stick with me, because I really think this will help.

A long time ago, nobody knew very much about fruit, but two men were hellbent on finding ALL the different kinds of fruit out there. 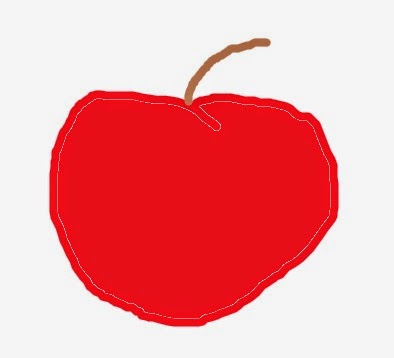 One of them found a strange red fruit and named it "Apple". In the meantime, his rival had found Oranges, Bananas, Peaches, and tons others. Rushing to catch up, the first man found something similar to his Apple, and noted that this fruit was green, not red. He named it a "Bapple", adding it to his total new fruit count.

Then some other fruit-hunters started looking more closely at the Apple and Bapple, and they were struck by their similarities. They suggested the Bapple might just be a type of Apple. "Call it a Granny Smith Apple", they said, "But it's still an Apple. It's not a new fruit." 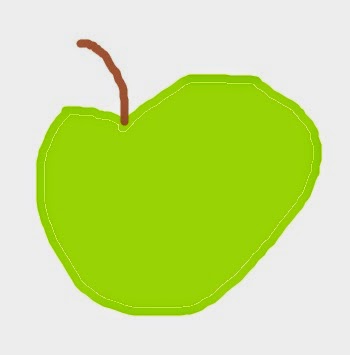 Others still insisted on holding onto the name Bapple. One such person made a huge public showcase of this fruit in one of the biggest cities in the world. Even though almost every other fruit-hunter thought of the Bapple as just another type of Apple, the citizens of the world were now introduced to this green fruit under the name Bapple.

Bapples became hugely popular. They got on stamps, they were put in movies, and toy companies sold model Bapples by the bucketload. A century passed, and while true fruit-hunters knew that Bapple was nonsensical, the public didn't. In fact, most members of the public had never even heard of Apples. Bapples were all the rage.

Then, a modern-day team of fruit-hunters set out to learn how several kinds of fruit were related. They actually weren't that interested in the Bapple thing. Serious fruit-hunters didn't dally around with silly things like that.

But, to their surprise, after years of work and analyses, they discovered that maybe there was something to this Bapple thing after all.

Instead of finding a family tree that looked like this: 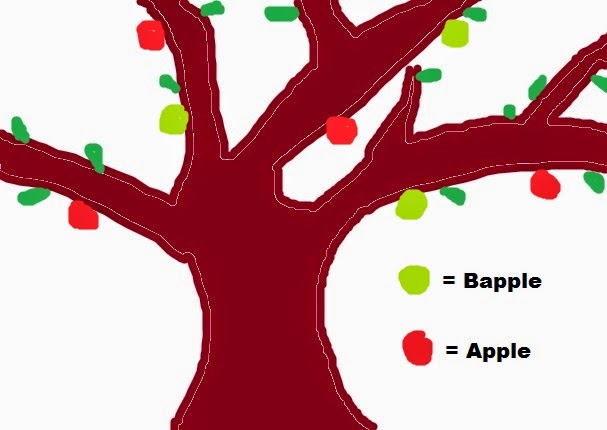 They found a tree where the Bapples were on their own branch, not mixed in with the Apples: 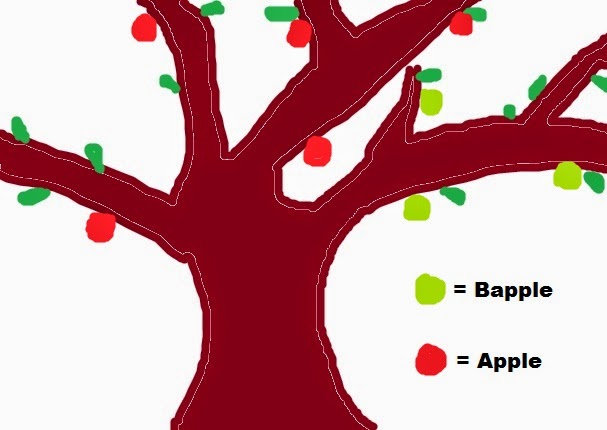 So if they were clustered separately, perhaps they were their own group after all!

And that's where we stand with Brontosaurus and Apatosaurus. There is a chance the name Brontosaurus now has a legitimate scientific meaning--to cluster as a group on an off-shoot branch indicates this is a separate evolutionary lineage from other long-necked dinosaurs. So...cool!

However, as always, future studies might disprove this. So don't get too excited. (...Sorry.)

Still confused? See me after class. (And bring me an apple, because now I'm really craving one.)
Posted by Katie Slivensky at 8:15 PM No comments: