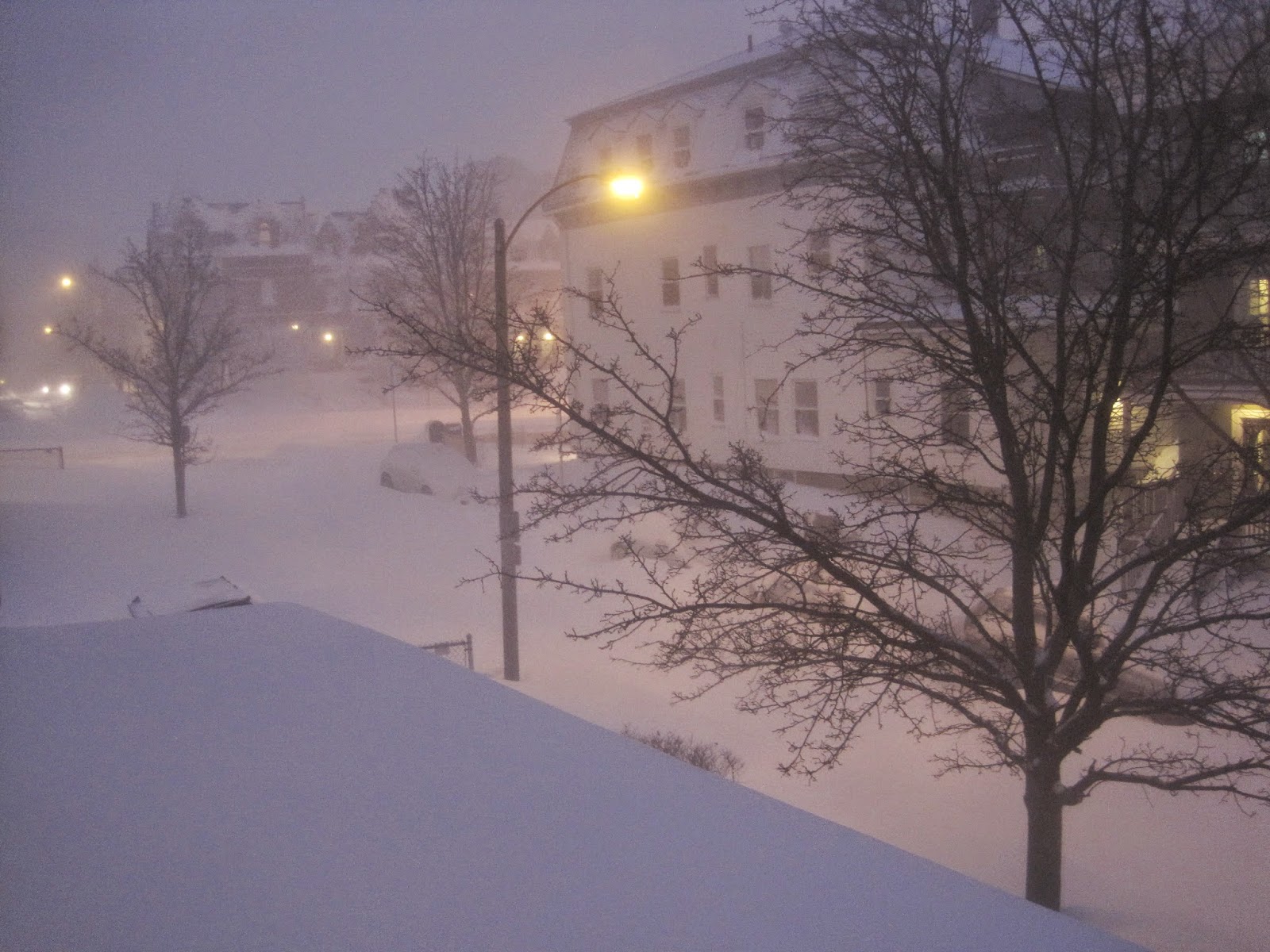 I think my greatest disappointment of the day so far is discovering that THUNDERSNOW is technically two words. But for the purposes of this blog, I will continue as if I'd never learned that little fact.


So what is THUNDERSNOW?

It's just what it sounds like: thunder, during a snowstorm. And it's pretty rare, too. Snowstorms need to be really big for thunder and lightning to occur.

This can usually only happen in the warmer months of the year, so to have it happen in a winter storm means the storm must be HUGE. There's no decreed size it must be, but since there's so little warm air in the winter, it's gotta be big enough for a large patch of warm air to be possible, such as in today's upcoming massive blizzard event, Nemo. Often, this can happen near oceans, where warmer air is more common in the winter months.


How does the thunder happen?

Thunder is the sound of lightning. Specifically, it's the sonic boom the lightning creates when it rapidly heats the atmosphere around it.

Lightning itself happens because of that discrepancy in air. The warm, moist air rises through the cooler, drier air, and the tiny rising ice particles and water droplets collide with newly condensing moisture inside a cloud, knocking electrons loose. The electrons build up at the base of the cloud, where most the impacts happened. So the bottom of a cloud becomes negatively charged from the extra electrons, while the top part (which you may have deduced has fewer electrons, since they got knocked loose) is more positively charged. Our planet is positively charged, too, by comparison.

And when you have unbalanced charges (such as the negative base of the cloud versus the more positive top of the cloud and/or planet below), the charges balance themselves. Positive charges may move up towards the cloud, creating a burst of electrical energy that we call lightning.


Will we get THUNDERSNOW today?

That, I can't answer. Many meteorologists are predicting so, but we won't know for sure until the storm's actually happening.

I really, really hope we do, though. *geeks out*

Posted by Katie Slivensky at 8:24 AM