It's no secret that my Weekly Science Roundups fell by the wayside with the rest of my blogging. As I continue to play catch-up on all the events of Spring 2014, I absolutely did not want to miss out on the science! So here's four of the coolest science stories from the past two months.


Last year the exoplanet-hunting telescope, Kepler, was forced into retirement by a busted wheel in it housing. However, most of its equipment was still functional and NASA deemed it a waste to just let it all drift out there doing nothing.

Thus "K2" was born. A new mission for a repurposed telescope. K2 will still be on the hunt for exoplanets, but will do so from only one plane of observation, rather than being able to move between planes. It's basically missing an axis to move along because of that broken wheel. Regardless, it's still one of the best pieces of technology ever sent into space, and I'm positive it will continue to advance science even with this handicap.


Ancient Americans--or "Paleoamericans"--crossed the Bering Land Bridge between Asia and North America around 20,000 years ago. Despite Paleoamericans and modern Native Americans physically appearing less alike than one might logically guess, a new find has shown that they are genetically very similar.

The discovery is of a 15 year-old female skeleton, dating back over 12,000 years, found in Mexico. She shares a genetic haplotype with modern Native Americans that is found in no other ancient lineage.

What this means is that there wasn't a second (at least, a second major) migration that brought in the ancestors of Native Americans--their populations are almost certainly descended from these original Paleoamerican cultures. The differences in physical appearances is likely just an artifact of deep time.

This, by the way, is the second major genetic study this year to link these populations.

But what the heck did you just actually say? Well, turns out what you said is actually something real.

It's a baby step, to be sure, but theoretically this could grow to be much, much more. One end result may be Quantum Computing--an internet-esque network of machines that could someday make today's networks look like molasses.


So the story goes like this: Over 4 billion years ago, Earth was slammed into by an object the size of Mars. We call this planet-y thing "Theia". Our moon formed from parts of Earth and parts of Theia. (Gravity + time + lots of mass = round things)

Now there's finally proof that story actually happened. A chemical analysis of moon rocks has detected a different kind of oxygen isotope than is found on Earth, indicating an external source.

This shows that the moon wasn't just formed from the same exact cloud of dust and spacerock that Earth came from. 30-50% of it was from something else. It's concrete evidence that another major body was at play in the moon's formation.

Theia was really out there once.

I love when awesome hypotheses get shown to be right.

Posted by Katie Slivensky at 7:49 AM No comments: 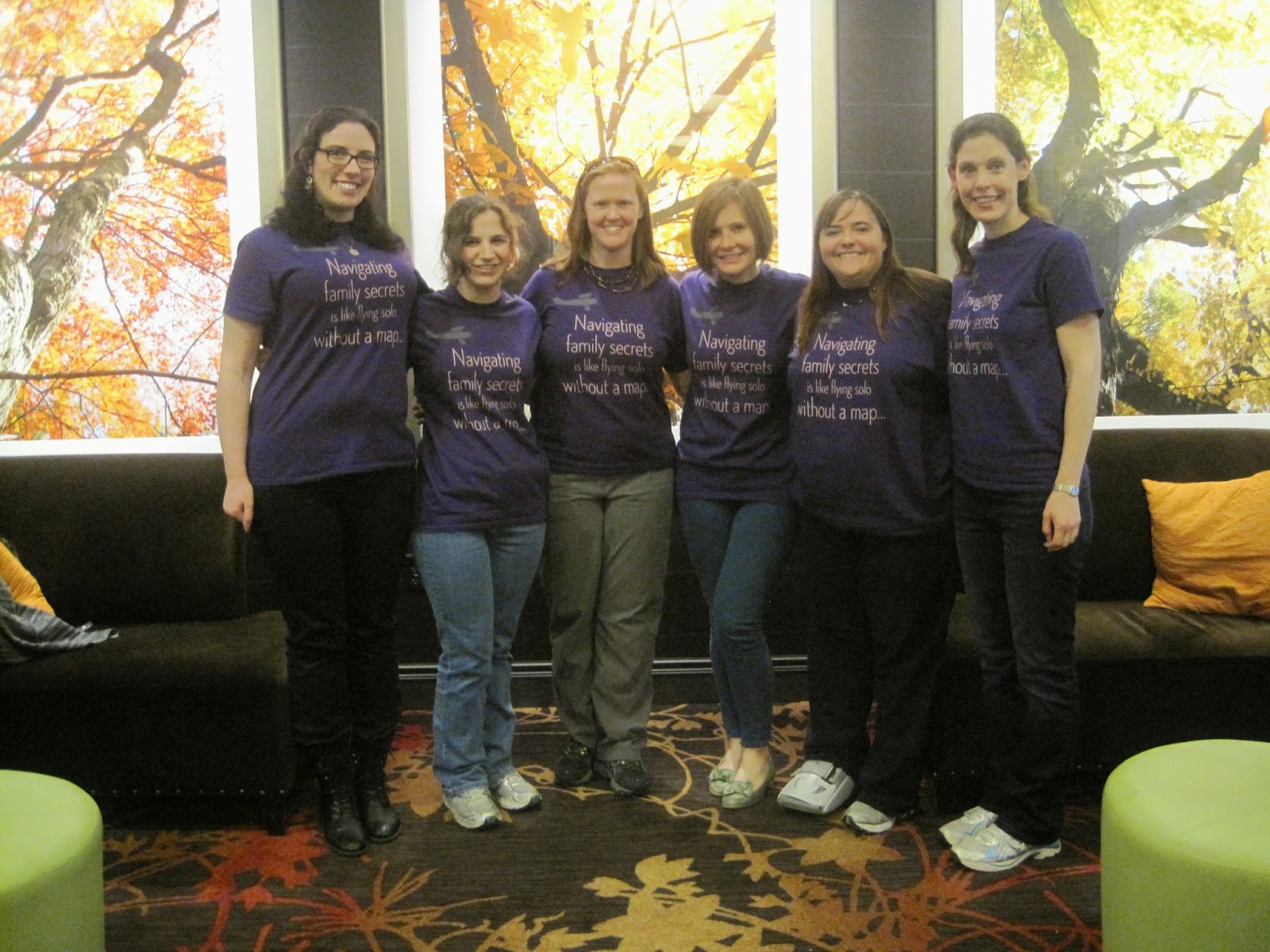 My fourth NESCBWI conference was a little bittersweet. But we'll get to that later. First, the fun things!


But this brings me to the bittersweet: two members of my crit group are leaving.

The conference was our last hurrah as a group. Since then, Lisa has already packed up and gone to Texas, and Julia will be heading out to St. Louis later this summer. I'm going to miss them terribly. They're two of my dearest friends and just plain old amazing people.

BUT. We've made tentative plans for a reunion at NESCBWI 2015, so cross your fingers! The t-shirted gang might be back to take the conference by storm yet again!

Posted by Katie Slivensky at 7:24 AM No comments:

Hey there, Blog. It's been a while.

I was stuck in a revision cave for the better part of spring, but I'm out now and playing catch-up with all the stuff I missed! So get ready for a series of posts covering all the things that I'd wanted to blog about, but didn't get a chance to do until now.

Let's start with the most exciting one... 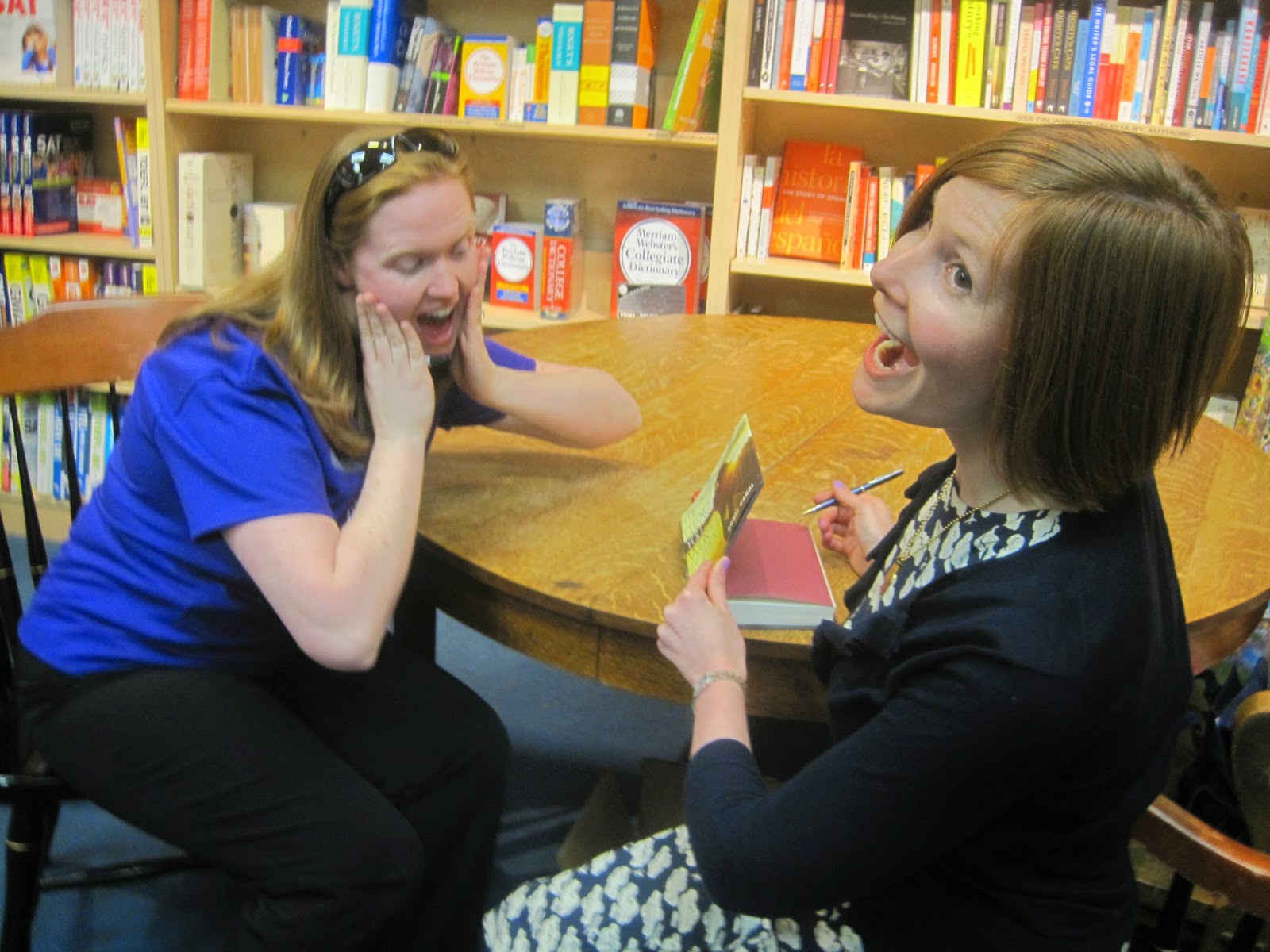 That's right! My good friend and critique partner had her YA debut in April!

THE CHANCE YOU WON'T RETURN by Annie Cardi is a contemporary YA novel that's gotten absolutely glowing reviews (including multiple starred reviews!).

It tells the story of Alex--a girl who should really just be worrying about failing driver's ed and figuring out the guy she may or may not be flirting with (who may or may not be falling for her), but instead has to deal with a frustrating family secret. Out of nowhere, Alex's mom has decided she's actually Amelia Earhart, and that Alex is no longer her daughter, but a young female protégé of the 1930's.

Intrigued? Then you might be like one of the completely PACKED launch party-goers from last April. Probably good you weren't at Porter Square Books in Cambridge that night, though, because they sold out! Good news is you can find copies at many different places now, likely including your local bookstore! 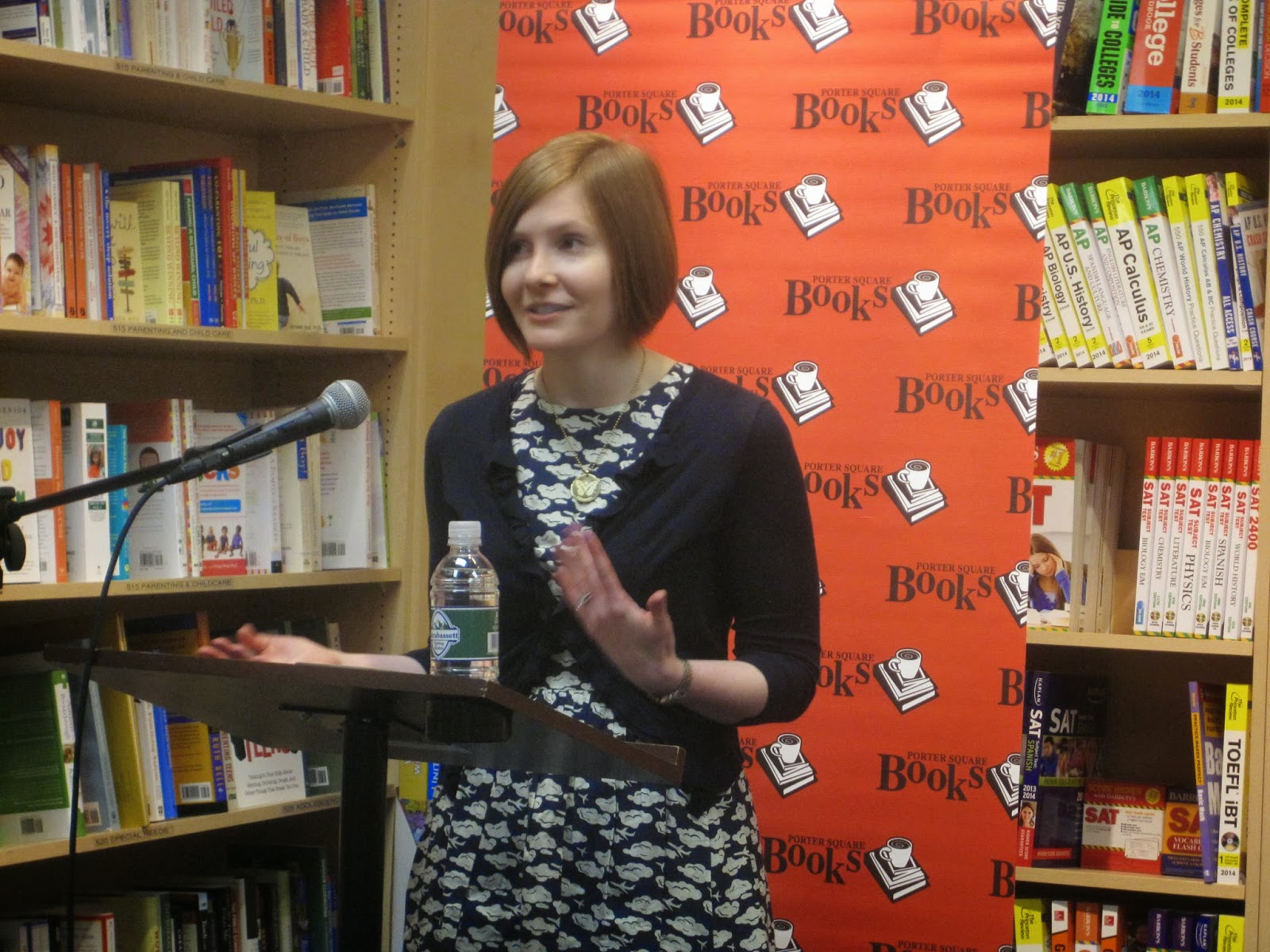 Annie is the best. She's basically one of the coolest people you could ever know. Her writing is witty, heartfelt, so very real, and brings you right into the experiences of her characters. Annie's an author you'll want to keep tabs on, because she's definitely going places. And if you aren't following her on Twitter, then I don't know what you're doing with your life. 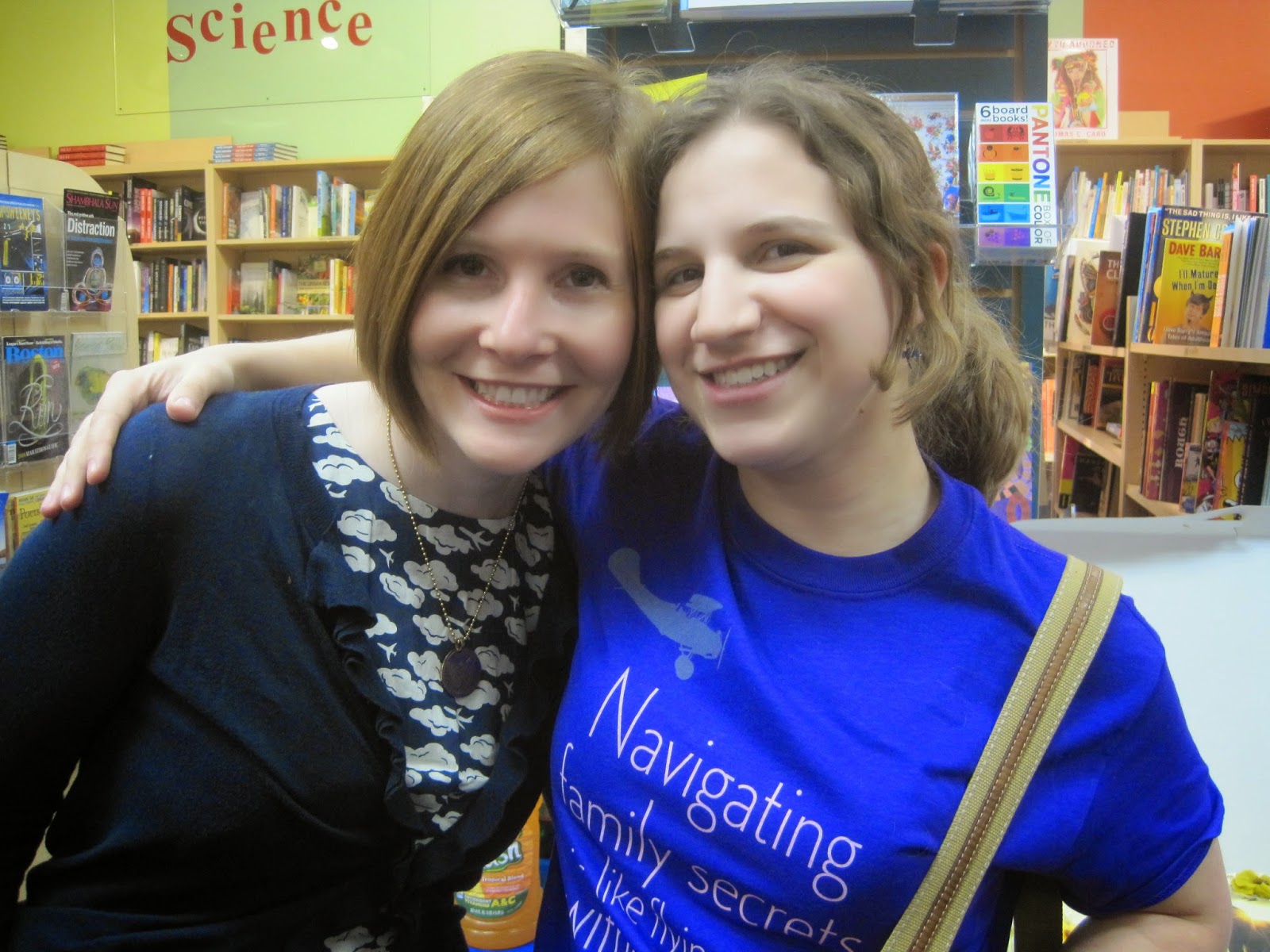 Posted by Katie Slivensky at 12:55 PM No comments: