Should I repeat that?

This comet, named "Siding Spring" after the observatory where it was first detected, will get within 87,000 miles of the surface of Mars (three times closer than the Moon is to Earth). NASA has moved its orbiting satellites to the far side of Mars to shield them from the comet's tail of debris. On the surface, our rovers should be safe, thanks to Mars' atmosphere.

Presuming all goes well, all these instruments should be able to help us study this amazing comet. Comet Siding Spring comes from the Oort Cloud, which is a mess of ancient ice and rock at the edge of our solar system. This is the first time Comet Siding Spring is coming past the outer planets towards the Sun, so it is relatively intact (never been too close to heat), the same as it would've been during our solar system's formation 4.6 billion years ago.

For Comet Siding Spring, this is a one way trip. But for us, it's the journey of a lifetime. Thousands of lifetimes. In fact, the odds of a comet sailing by Mars is about once per millennia, if that.

If this had happened 50 or more years ago, we wouldn't have been able to study it.

If it had happened 40 years ago, we may have had one-ish orbiter in place, but next to no control to move that orbiter to a safe viewing spot.

Heck, if it had happened one month ago, we would have had only three orbiting satellites.

But it's happening NOW. We currently have five orbiting satellites. Plus two operational rovers on the planet itself.

This is going to be a spectacular chance to study an object from early in our solar system's formation, to better understand comets themselves (which have always been a tad mysterious to us), and to see what happens to a planet when something like a 5 mile wide space rock sails by.

So stay safe, MAVEN! Stay safe, MOM! Stay safe, MRO! Stay safe, Odyssey! Stay safe, Mars Express! And stay safe, Curiosity, Opportunity, and yes, even you, Spirit. We're all wishing you the best of luck in observing this amazing event. Please don't get too badly pummeled by any associated debris.
Posted by Katie Slivensky at 7:26 AM No comments:

My decision to leave Academia has come up in several places in my life recently. With less than a month before I head to the Society of Vertebrate Paleontology's Annual Meeting, I decided it was time for another blog post on the subject. 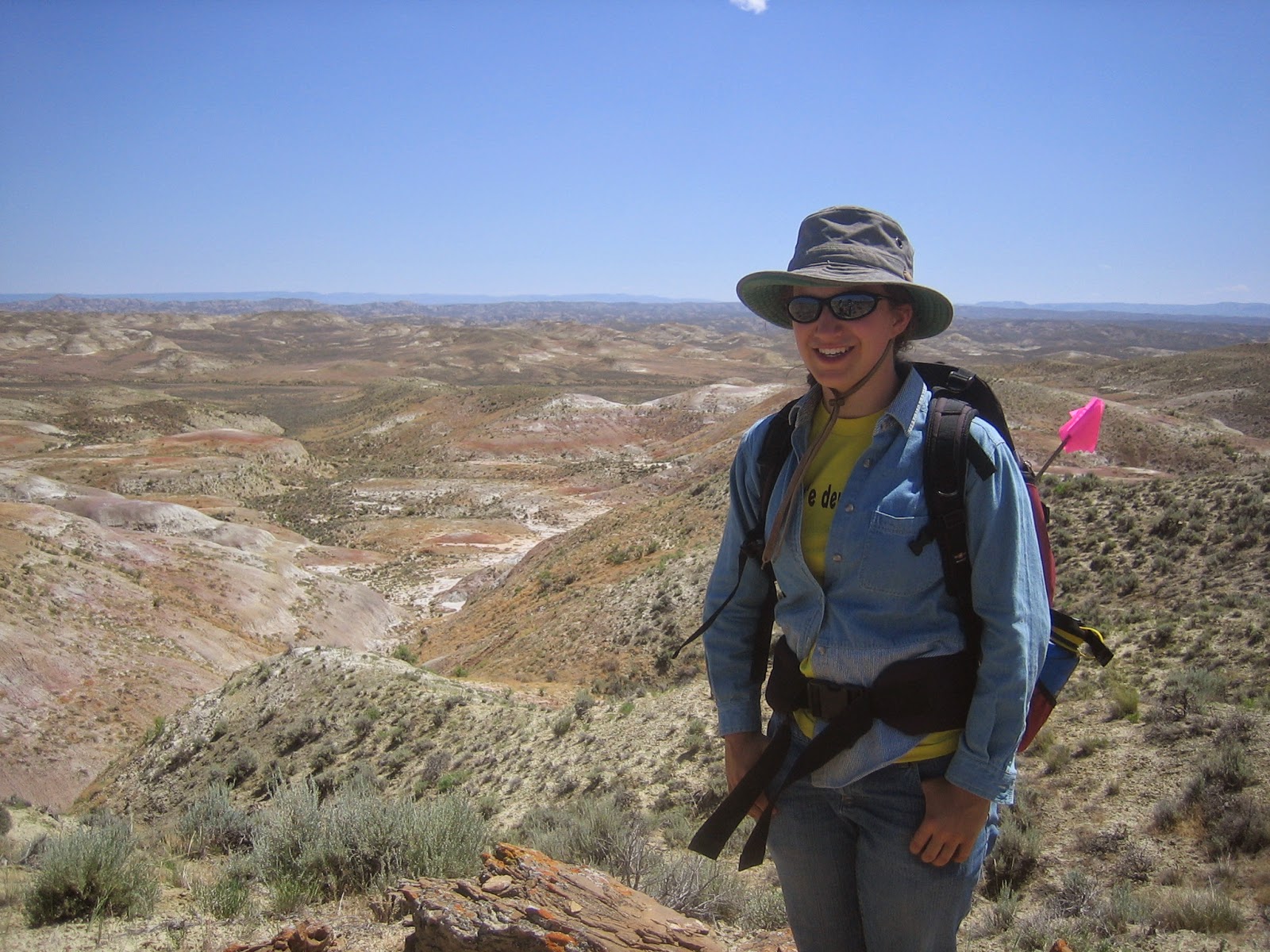 I originally started my career as a scientist. I was a grad student, a functional morphologist, researching locomotion in Miocene apes. But I quickly learned that what mattered most to me, deep down, wasn't when primates made the transition from quadrupedal motion to brachiation, but that only .000000000002% of the population seemed to care about when that may have happened.

I'd worked in science education before going to grad school, so it wasn't a leap to realize I could have an education career rather than a research career--to realize I could personally do something to improve the public understanding of the cool discoveries science was making. What was difficult was realizing this meant I would no longer be the one making the discoveries.

That really was hard to swallow. I was in research for a reason--I had questions I wanted answers to, and if I left, I would have to rely on others to someday pursue those questions. But in the end, I weighed what meant the most to me, and education won.

For me it came down to the fact that all the science discoveries in the world won't matter if society doesn't let us use them to improve life on Earth. We desperately need scientists and engineers, but we also desperately need people to translate these fields to the greater public. 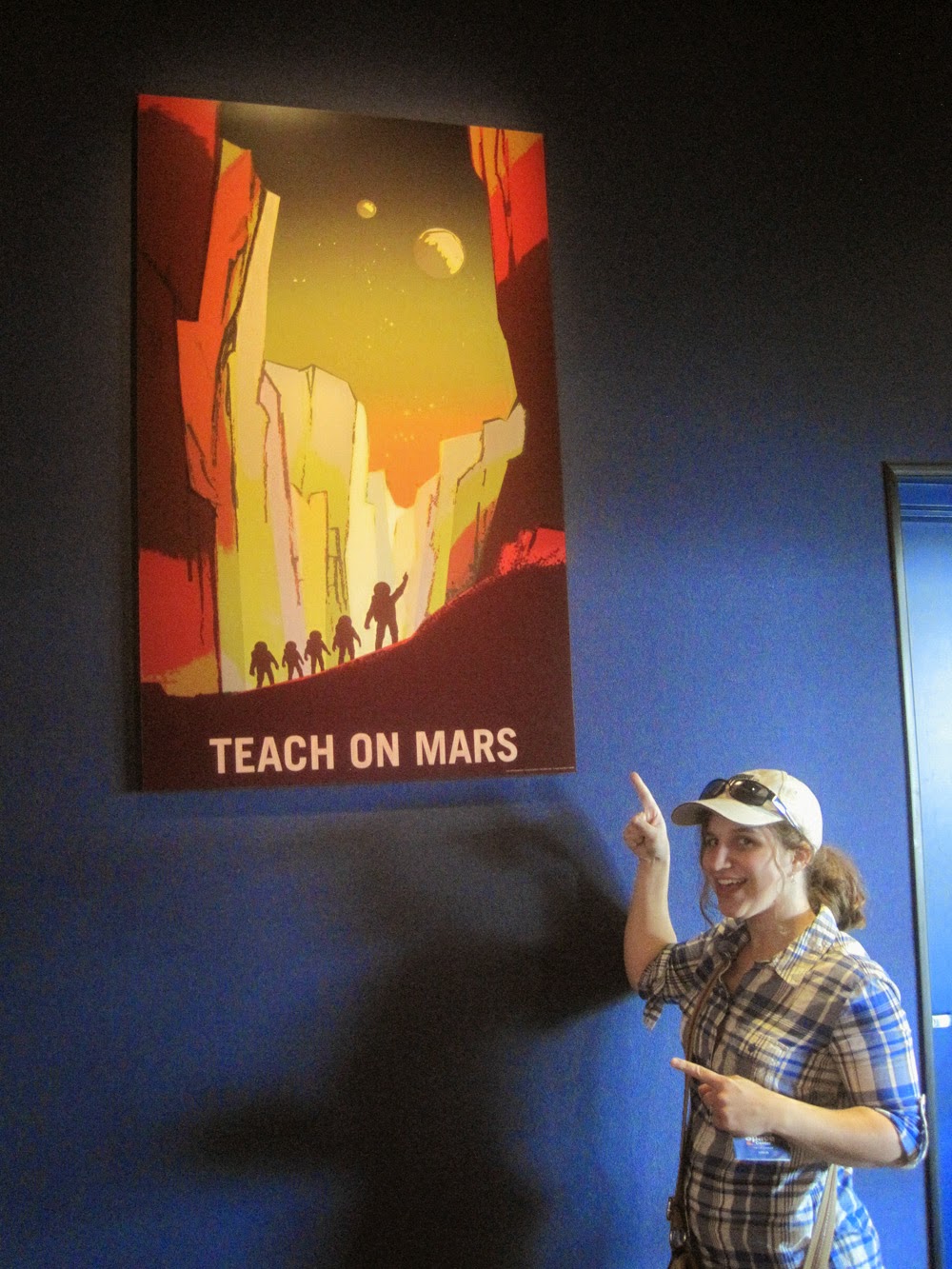 My goal is not to explain every small detail of science to every person alive. What I do with my career is create positive associations between people and science. I win people over. I convince them this stuff really is important, really is interesting, and isn't as inaccessible as they've been raised to believe. When I talk to a group of people, I honestly don't care if they remember the facts I tell them. Sure, it'd be nice to know a couple things stick, but much more critical to me is that people leave the encounter feeling more confident about their own ability to understand science.

Science is intimidating. Scientists are often times terrible at explaining what they do to laypeople. I'm sorry, but it's true. There are some stellar examples of scientists who are great communicators, but there are many more examples of scientists who aren't, or scientists who don't even bother trying. And that is okay! Scientists already have an incredibly important job to do. They are discovering all there is to factually know about our universe. But that's why people in science communication fields are so critical. It's our job to get that information out there, and encourage the public to accept it. Even if John Doe would never be able to comprehend the high-end research papers surrounding climate change, he can trust that its happening if he's had positive, confident past experiences with science.

Again: to improve the world, we need scientists and we need people to communicate science. Both roles are important, and very few people have the skill (or, to be honest, the time) to tackle both.

I write about this, because it's been five years since I left my PhD program, and often find scientists dismiss me for that. Every year at SVP, I get questioned about what I'm actually doing there.

And through all of this, society changes. A handful of more people are out there, voting in favor of science. A few more parents find the confidence to help their children with their science homework. A little girl sees a female role-model and gets encouraged to pursue a field that our culture pushes on boys.

And somewhere, someone makes the realization that they're related to everything around them, and maybe should treat this planet with a bit more respect.

There's a knee-jerk reaction among scientists to make sure every single person gets every fact right. In science education, it's more important that the playful child imagining that they've invented the first spaceship to land on Jupiter feels proud of what they've done and interested in making it a reality, rather than telling them to sit down and stop making up stupid ideas about landing on a gas planet and oh, here, read these journal articles on why their idea is wrong. No, there are no pictures.

The world isn't made up of PhD level researchers, but it is filled with people who have the potential to appreciate science if it is presented to them well. 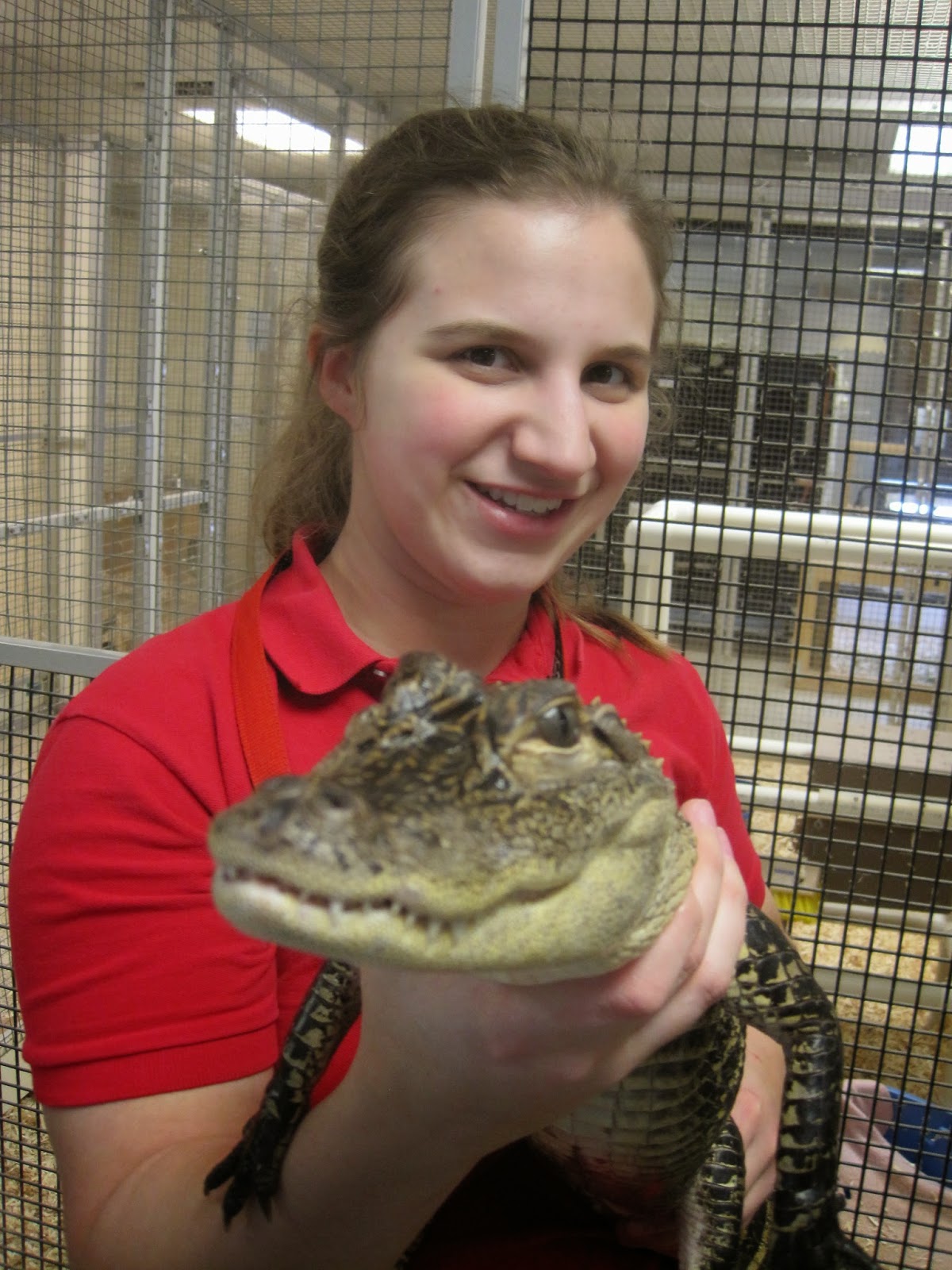 Posted by Katie Slivensky at 11:47 AM No comments: